EU imports from Indonesia in 2017 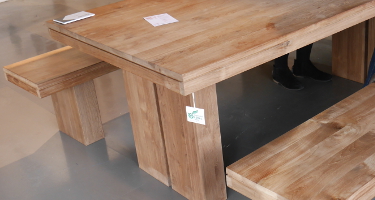 Alongside regular surveys of market opinion to assess the market impact of FLEGT licensing, IMM is implementing near-real time monitoring of trade flow statistics. This monitoring shows that EU imports of a few Indonesian timber products began to trend upwards in the months following introduction of FLEGT licensing in November 2016, in some cases the rising trend was immediate, in others it only began to be apparent from around the middle of 2017.

However, the rising trend was not universal, and EU imports of some notable product groups from Indonesia, such as wood furniture, were flat or declining in 2017.

In the 13 months following introduction of licensing, EU imports from Indonesia of wood products defined in HS chapter 44 were broadly flat, with a slight dip at the start of 2017 offset by an equivalent rise at the end of the year. EU imports from Indonesia of paper products defined in HS chapter 48 also started the year 2017 slowly but increased sharply in the last quarter.

Chart 2 shows the trend in imports of timber and timber products (that is all products in HS 44, 47, 48, and 94) from Indonesia by individual EU member countries. In the 13 months following FLEGT licensing, EU imports from Indonesia were rising in the UK and Belgium, flat in Italy, and declining in France and Greece. Imports from Indonesia in Germany and the Netherlands and several smaller EU markets declined in the first half of 2017 but then recovered in the second half of the year. 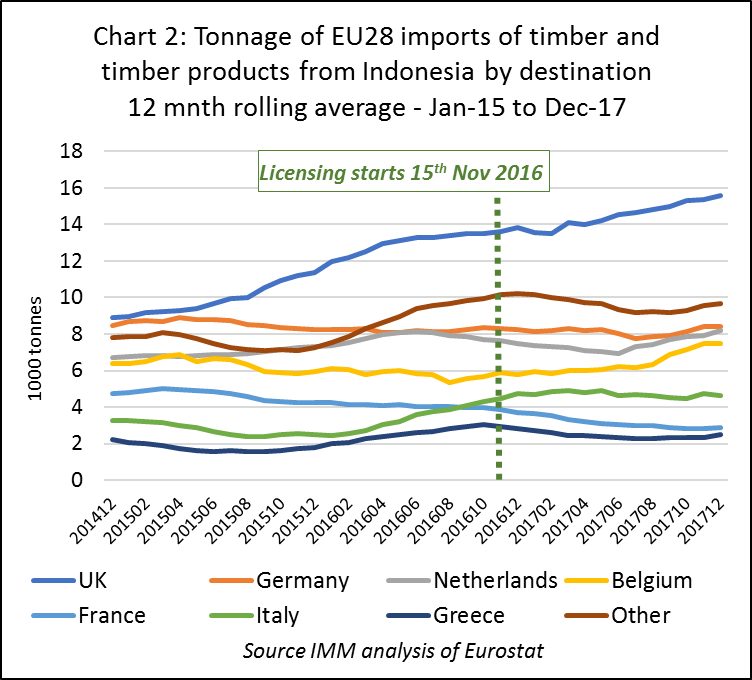 Chart 3 reveals that the trend in EU imports of individual wood (HS 44) products has varied widely since introduction of licensing. There has been quite a sharp increase in EU imports of plywood since November 2016, lending support to anecdotal reports of EU plywood importers being encouraged to stock more Indonesian product due to licensing. Imports of Indonesian charcoal also increased in 2017, interesting because charcoal is one product not currently covered by the licensing system. EU imports of moulding/decking products from Indonesia were sliding in the first half of 2017 but recovered sharply in the second half of the year. 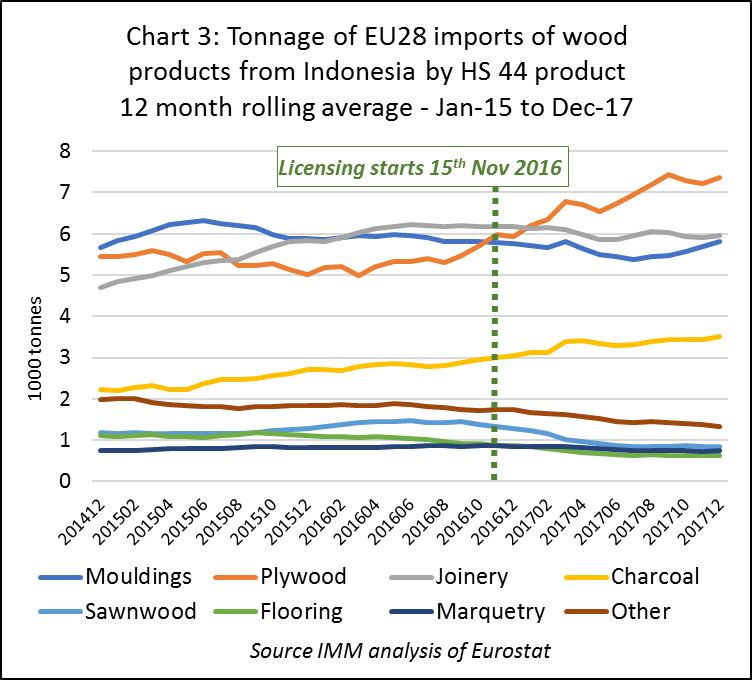 Chart 4 shows the trend in % share of Indonesia in the value of EU imports (excluding internal EU trade) of various tropical timber products. This shows that in 2017 Indonesia’s share of EU imports increased for tropical mouldings/decking, plywood, charcoal, and paper, was flat for doors, and declined in wood furniture, flooring, marquetry and glulam. 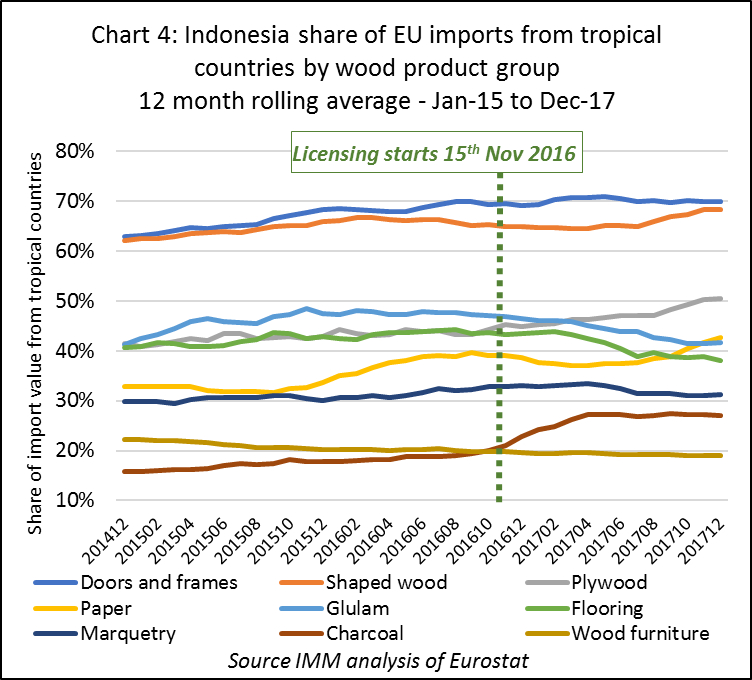