Although EU imports of timber products increased to the highest level in a decade in 2017, imports from tropical countries continued to decline. 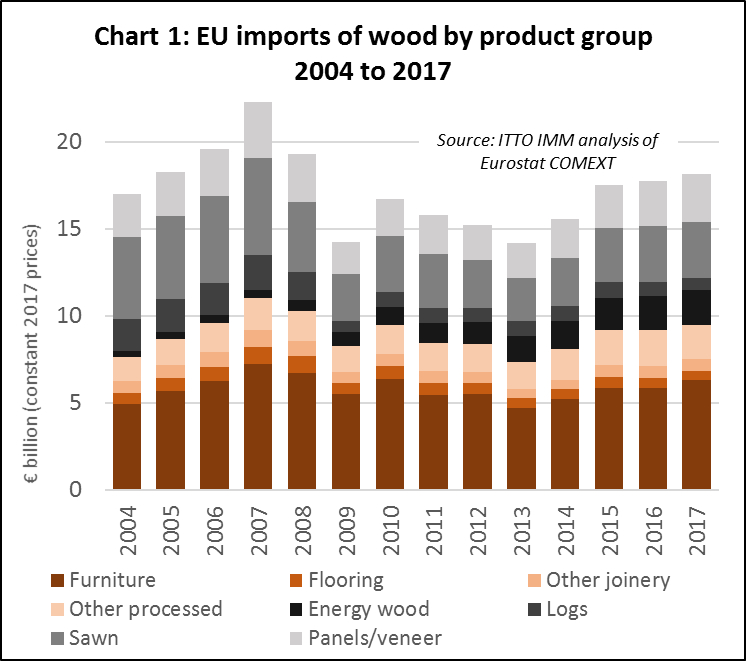 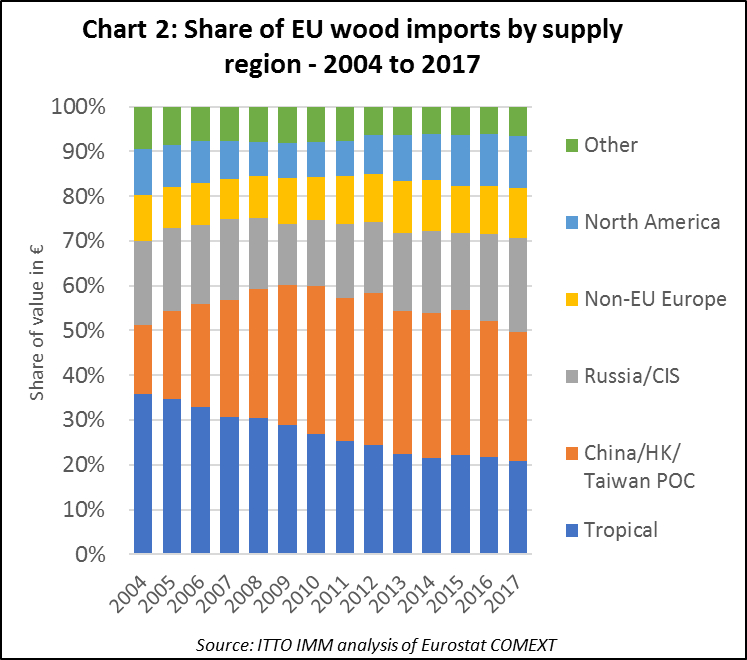