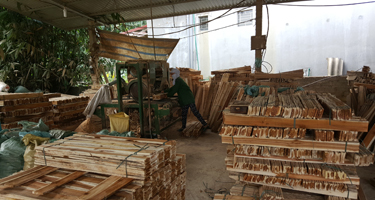 Viet Nam’s Ministry of Agriculture and Rural Development (MARD) is calling for input into a new draft decree supporting implementation of its FLEGT Voluntary Partnership Agreement. The decree will include criteria and processes for classification of timber exporters and timber products, and establishing the framework for verifying the source of imported timber.

MARD is inviting input from the range of stakeholders, government, private sector, industry experts and the public. It said the new decree was a vital component in ensuring legality assurance under its VPA, which was ratified last October and came into force on June 1 this year.

It is expected to take several years for Viet Nam to fully implement its VPA and start FLEGT licensing, according to a news report on the EFI FLEGT Facility website. But when it does, it  is forecast to benefit its timber trade worldwide

“In addition to the variety of social, economic and environmental benefits associated with better management of the forestry sector in Viet Nam, FLEGT licensing will contribute to increase the credibility of its timber processing industry, not only in the EU but also in other export markets, where there is increasingly demand for legal timber,” said an EU-Viet Nam joint statement in May.

The country exports timber products to 120 countries and reached a record US$9.3 billion in 2018, nearly $900 million of which was to EU markets. According to the EU FLEGT IMM Data Dashboard, the UK was the biggest EU timber buyer from Viet Nam, with imports of €304.7 million. Next was France, at €144 million and Germany at €114.5 million.