Final Joint Assessment of Ghana VPA to start in May 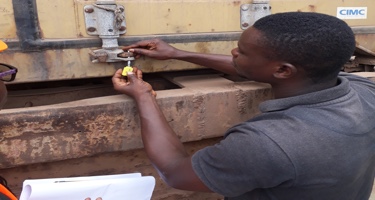 Ghana and the European Union are currently bringing final steps underway for completing VPA implementation in the country. The latest meeting of the Joint Monitoring and Review Mechanism (JMRM) at the end of February decided the tender process for the Final Joint Assessment of Ghana’s Legality Assurance System (GhLAS) should be completed no later than 1 May; at that time, consultants should begin evaluating the system.

The Final Joint Assessment is the last hurdle the Ghana VPA will have to pass before licensing begins. As such, the process will only close once Ghana has achieved readiness for FLEGT licensing and it may therefore be carried out in several stages.

Duration of the assessment process will depend on the kind of issues potentially highlighted by the assessment team and Ghana’s ability to address them. Against this background, while Ghana is obviously in the final stages of VPA implementation, it remains difficult to determine a definite date for the start of licensing.

The FC is currently consulting with the private sector about the process of application for and managing of conversion and a formula for calculating fees. This consultation process is expected to be completed in the next few weeks, due to the ambitious timeframe for implementation of LI 2254. The law foresees an implementation period of six months, meaning that companies should submit their applications no later than May 2018.

Monitoring and progress reports to be published in April

FLEGT VPAs under implementation or in the licensing stage undergo independent third-party monitoring at regular intervals, with monitors looking into impacts and progress of VPAs, among other things.

A third Independent Monitoring of the GhLAS has been carried out in the fourth quarter of 2017. Summary reports of this round of Independent Monitoring as well as the two previous processes will be made available to the public on both the FC and the EU Delegation websites by the end of April 2018. IMM will also publish further information on its website, once the reports are available.

At the same time, Ghana and the EU have also prepared a consolidated progress report of the VPA implementation process covering the period 2013-2017. This report is in the stage of being finalised and also scheduled to be publicly available by the end of April.

As announced in the IMM Autumn 2017 newsletter, Ghana has carried out cargo shipment test to evaluate export and import procedures in preparation for the transport of Ghanaian FLEGT licensed wood products to various EU destinations in autumn 2017. The shipment test involved two Ghanaian timber exporters and the Forestry Commission of Ghana, as well as Competent Authorities in Germany, the Netherlands and Spain.

Ghanaian authorities have since analysed the test report and developed an action plan to respond to issues raised by the parties involved.

More information on the outcome of the shipment tests and action taken can be found here.