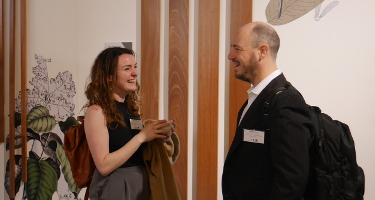 Workshop 3 of the First IMM Trade Consultation held in London on 8 March 2018 involved a multi-national discussion of the status of FLEGT licensing as a criterion in government timber procurement policy (TPP). It also looked at prospects and methods for licensing to achieve greater and more widespread recognition in TPP in the future.

The participants, representing the UK, Belgium, Italy, Germany and the Netherlands, were drawn from timber and related sector consultancy, retail, academia, forest and sustainability services and government.

Of the countries present, only in the UK is FLEGT licensing given any recognition in government TPP (and the only other country that does so is Luxembourg). It is, like FSC and PEFC, considered evidence of legality and sustainability, with the latter due to the SFM credentials of the Indonesian FLEGT VPA timber legality assurance system. Its TPP status is detailed on the Department of Environment website, but more active communication to suppliers/contractors is currently being ‘scoped’.

In private (retail) sector procurement, bigger businesses tend to opt for sustainability certification only. The EUTR has focused companies on timber legality issues, but most seem to have little awareness of FLEGT licensing.

In Italy FLEGT licensing is not referenced at all in Ministry of Environment Minimum Environmental Criteria (MEC) for public procurement, which lists only FSC and PEFC as evidence of sustainable sourcing.  The key factor seems to be lack of chain of custody (CoC) behind FLEGT-licensed timber to track it once it has been placed on the EU market.

In Belgium there is reported to be little reflection on whether FLEGT licensed timber goods should be accepted under public procurement criteria.  The timber industry, it’s reported, seems to be satisfied that a licence grants EUTR due diligence exemption.

In Germany, only FSC and PEFC, or ‘comparable’ certificates are currently accepted as proof of legality and sustainability in federal TPP. However, independent assessment of some FLEGT VPAs has been undertaken in terms of compliance with international sustainability requirements, with the conclusion that they meet a ‘significant proportion’.   NGO opposition and lack of chain of custody are seen as potential obstacles to altering the position, but there will now be discussion on the topic with a view to also recognising FLEGT as proof of sustainability in TPP.

In the Netherlands, there is some debate among government agencies on inclusion of FLEGT licensing in TPP and currently it is not.  Given the timber market is estimated to be 85% certified sustainable, and the public and private sector debate is moving on from sustainable sourcing to such topics as low carbon and the circular economy, there also seems to be little industry appetite to address the issue, with major efforts to press for change regarded as disproportionate to the potential benefit.

One solution suggested by the group was communicating the extent to which FLEGT VPAs timber legality assurance systems extend beyond legality and meet key sustainability criteria.
There was a recommendation too to establish a European-wide procurement monitoring group looking at uptake of sustainably certified and FLEGT-licensed timber in the public sector.

Backing FLEGT licensed products with CoC, for example, based on the ISO standard, and introducing a FLEGT licence brand were also discussed as options.

Other ideas included undertaking ‘reduced scope’ procurement monitoring case studies centred on procurement and use of FLEGT-licensed timber and wood products. These, it was suggested could be; product level, focused on a particular product category, such as timber for marine work; project level, involving, for instance, a specific construction project; or company level, working with a specific retailer, architect or other business on procurement.

Such initiatives, it was thought, could also secure VPA producer country support as a means of showcasing FLEGT-licensed products and their commitment to responsible trade.

Another route forward would be for the EU to advise member states to include FLEGT licensing in their TPP in some capacity.