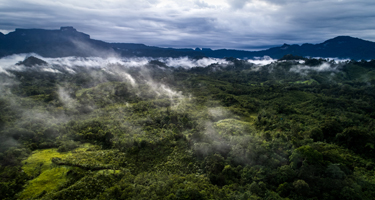 The FSC has approved the Indonesian National Forest Stewardship Standard (NFSS) as compliant with its principles and criteria and says it took Indonesia’s SVLK timber legality assurance system (TLAS), FLEGT licensing status and PHPL sustainable forest management system into account in the process.

The Indonesian NFSS, which has been several years in development, was approved by FSC International in Bonn on June 30 and published on August 18.  It comes into effect on December 1 and existing FSC-certified forests in the country will have 12 months to transition to the new standard from then. The NFSS documentation will be available in English at the FSC Document Centre shortly and in Indonesian before December 1.

The FSC said the Indonesian standard was developed by adapting its principles and criteria version 5 and the FSC International Generic Indicators.

“This adaptation was based on the agreement of members of the National Standard Development Group facilitated by the Indonesian Ecolabelling Institute,” it said.

It added that compliance with national legislation and regulation is a key pre-requisite for obtaining FSC certification. To this end, the operation of Indonesia’s existing timber legality assurance and sustainable forest management framework were taken into account.

“Its SVLK system has been endorsed by EU FLEGT/EUTR [as the TLAS for Indonesia’s FLEGT licensing scheme],” states the NFSS. “In addition, the Indonesian Ministry of Environment and Forestry also implements the sustainable production forest management certification system, the PHPL. The requirements of it and the SVLK, alongside other laws and regulations, were taken into consideration during development of the NFSS to ensure that forest management units comply with respective government [rules] on timber legality.”