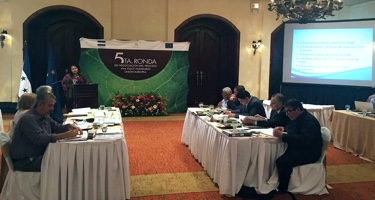 The EU and Honduras signed their FLEGT Voluntary Partnership Agreement (VPA) in Brussels on February 23 in Brussels.

The event was billed as a milestone, with Honduras being the first Latin American country to reach this stage of its VPA, which takes it one step closer to implementation.

Honduras is the eighth country overall to sign a VPA and, pending approval of its timber legality assurance system implemented under the terms of the Agreement by both Honduran and EU governments, the official EU statement said the move ultimately sets it on track to FLEGT licensing timber exports. This will not only facilitate access of its timber and wood products to the EU by exempting them further due diligence under the EU Timber Regulation, but also ‘support its efforts to meet equivalent legal requirements of markets beyond the EU’.

Honduras and the EU began VPA negotiations in 2013 and the Agreement was initialled in June 2018. Honduras was also the first Latin American country to get to this point in its VPA, with Guyana initialling in November the same year.

The next step in the process will be ratification of the VPA.

According to the EFI FLEGT Facility, Honduras’s forest covers 5.4 million ha, or just under half its land area. Since 2015 an estimated 12.5% of forest has been lost due to a combination of factors, including illegal logging, destruction by insect pests and conversion to agroforestry and agriculture.