After several rounds of negotiations, the relevant ministries in Indonesia agreed to suspend a Ministry of Trade regulation (15/2020) that would have made V-Legal documents for timber and timber product exports voluntary as of 27 May 2020. At the same time, Indonesia decided to increase financial support for SVLK certification of MSMEs, according to a report by foresthints.news.

The relevant ministries – Environment and Forestry, Trade, Foreign Affairs and the Coordinating Ministry of Economy – decided to cooperate on future regulatory reform. The Ministry of Environment also emphasised the country’s commitment to the FLEGT VPA with the EU, by saying that “Indonesia still wants to maintain SVLK as one of our major investments for the long-term interests of sustainable forestry businesses, especially MSMEs, as well as for the benefit of Indonesia’s forests”, according to foresthints.

The decision came after significant criticism of Regulation 15 from Indonesian civil society, trade associations and international stakeholders as well as extensive exchange of information.

The UK DfID-funded Multi-stakeholder Forestry Programme (MFP), for example, commissioned a “Rapid Impact Assessment” of the new Regulation. The Assessment included a quick perception survey of around 150 Indonesian enterprises (charts 1+2). While the authors stressed that the survey did not represent the industry as a whole and responses, e.g. on membership in certain associations were not double-checked, it was still “an indicator of the mood”: more than two-thirds of all survey respondents felt that legality verification had a positive impact on their business. Roughly half of the companies expected that Regulation 15 would have negative or very negative impacts on their business and on sales to key markets; a much smaller number expected positive impacts. The report concludes with a recommendation that Regulation 15 should be suspended and revised, among other things.

The full report can be found here. 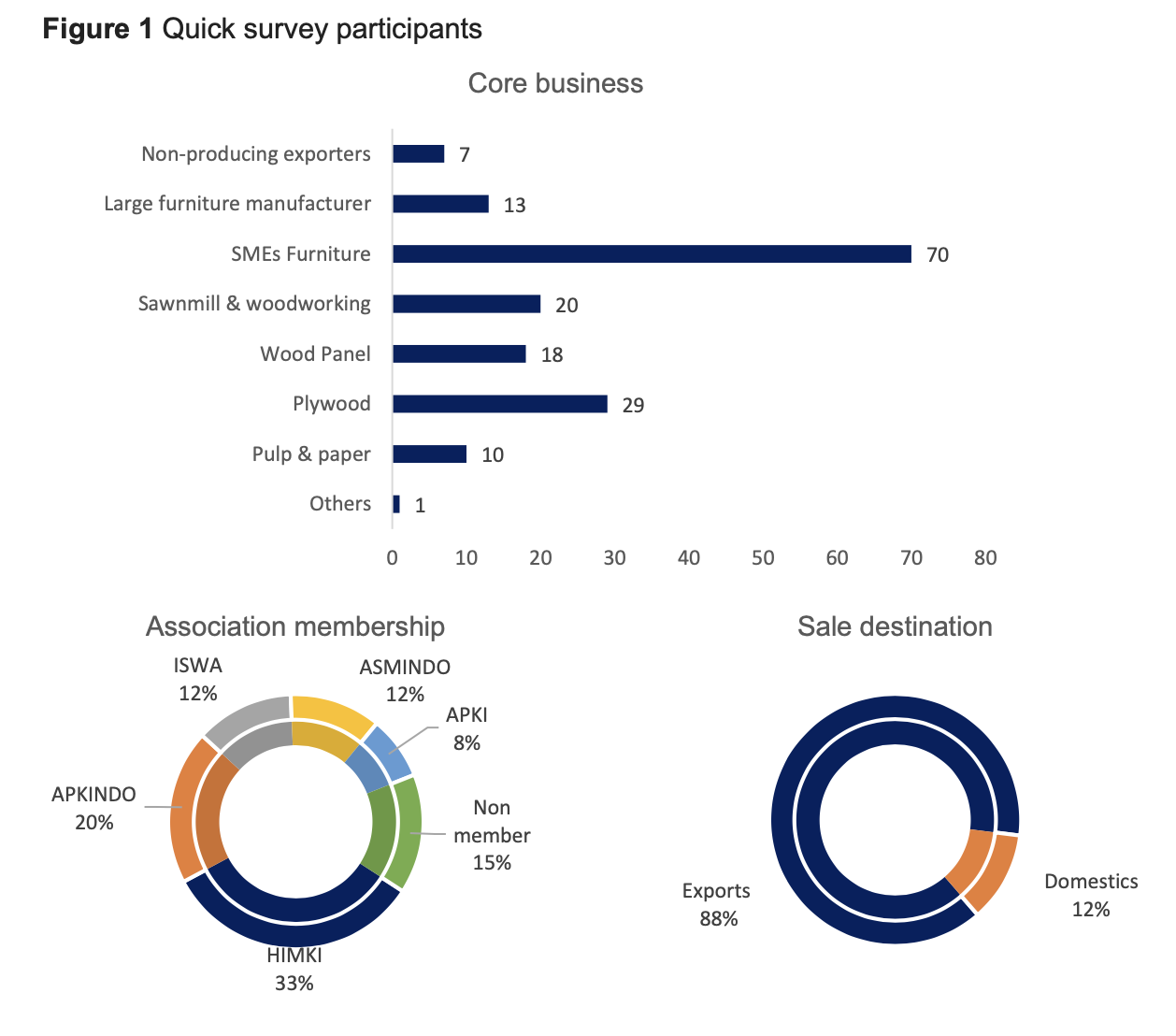 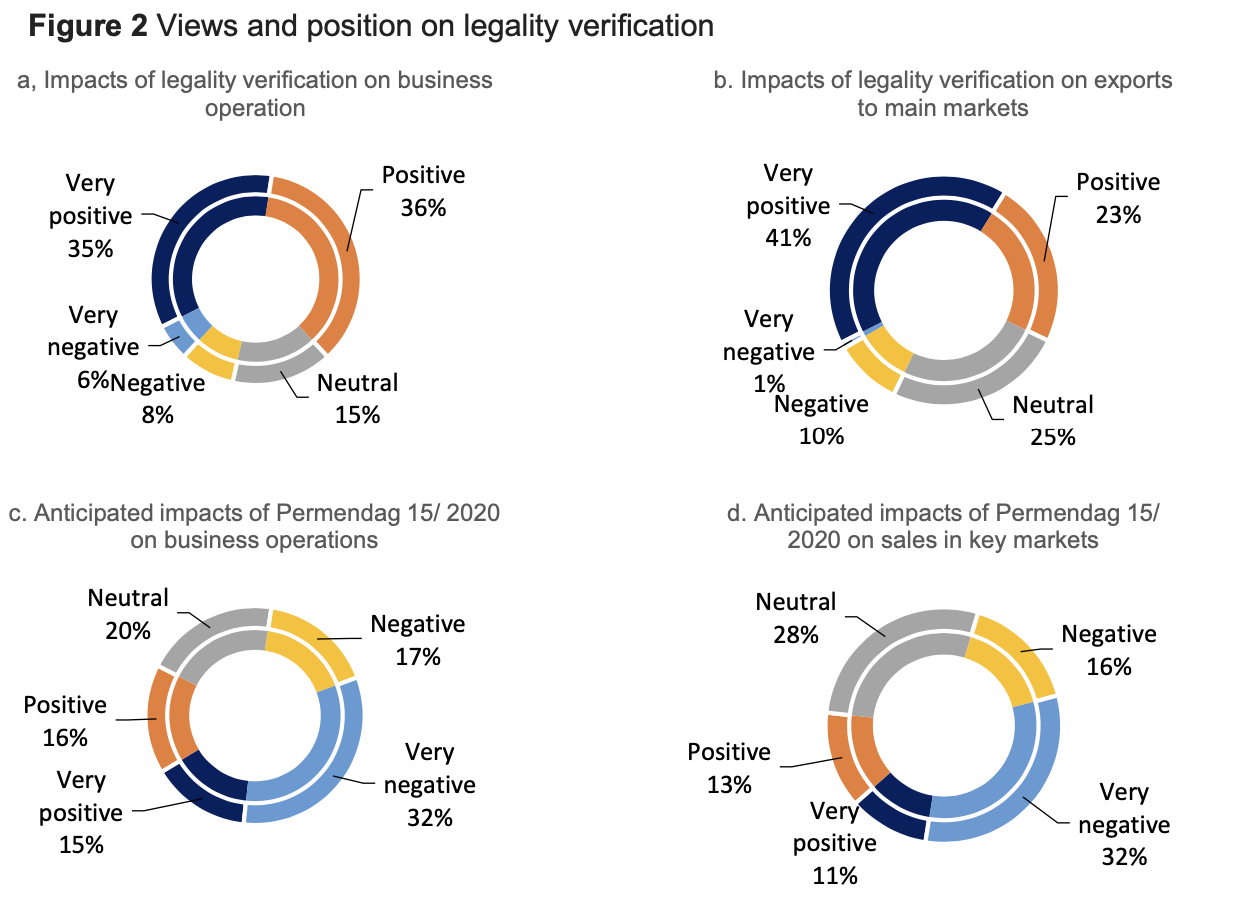