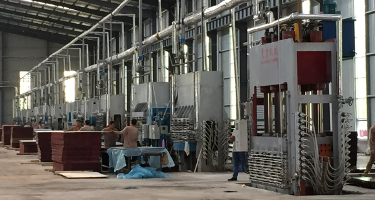 A new report from the European Forest Institute (EFI) FLEGT facility has identified opportunities for China to incorporate timber legality requirements into its laws and regulations and thus help promote legal forest products trade.  It also identifies the challenges.

Currently China’s forest and environmental laws apply only to domestically harvested timber, with imports, apart from those of ‘valuable species’ unrestricted.

“It considers that all timber legally exported from the exporting countries and that has been cleared by Chinese customs as legal,” states the FLEGT facility report.

One option for change, it suggests is to develop a new timber legality assurance law, similar to those of the EU and USA – in fact, it says, the latter’s experience in this field could inform the Chinese authorities on taking such course of action.

The approach would require closer controls of Chinese timber production and processing and development of due diligence requirements and other legality liability mechanisms. These moreover, would need to take account of the specific characteristics of Chinese timber operations to create a fair competitive environment and incentives for legal compliance.

“The application of good governance systems would lay the foundations for enactment of a potential new law,” says the report.

Another approach, it suggests, potentially in conjunction with the above, is development of a timber legality standard and a timber certification body to verify compliance. This is currently only at inception stage in China, and would require ‘further policy support and guidance’.

A further route put forward is a national standard for regulating timber legality, with national legal mechanisms implemented to enforce CITES used as a model, but with the standard encompassing overall timber trade.

“[For instance] Yunnan Province could require all imported Myanmar timber to have a certificate of legal origin issued by the Myanmar government,” it says.

Other courses for China, which could again be taken in association with the above measures, could be to regulate legality of imported timber through its 2004 Foreign Trade Law and expand forest and criminal laws to include violations of laws in foreign countries.

“And a final option could be for China to enter into bilateral or multilateral agreements with other countries to control international illegal timber trade based on the characteristics of high-risk areas,” states the report.  Possible partner countries here, it says, could be Russia, South East Asian and African states. The agreements with some could also include support for development of primary and secondary timber processing “to ease the environmental and social pressures brought by intensive low-end wood processing industry”.

Among obstacles identified to changing China’s current timber legality approach is its divergent view on what constitutes timber illegality, with some viewing import regulation as interference in the internal affairs of other countries.

One suggested solution to this is the EU Timber Regulation approach, which takes into account the sovereignty sensibilities of suppliers by ‘defining illegal timber in reference to applicable legislation in country of harvest’.

The report acknowledges too that amending industry laws and developing timber legality regulation would be complex and time-consuming, with the approval of multiple industry authorities, other ministries and public authorities required.

“More research about the impact of timber legality legislation on China’s domestic timber industry would also be needed to create incentives for the sector to support it,” it says. This, it maintains would need to look at the capacity of companies to undertake due diligence and otherwise adapt their practices. The cost and competitiveness implications, particularly for SMES, would also need to be taken into account.  All this research, in itself, will take time and resources.

“The Chinese government has started developing a timber legality verification system and is conducting pilot projects with members of the China National Forest Products Industry Association,” says the report. “But current verification system and standards are not mature yet and awareness raising efforts need to be strengthened.”

The potential for opposition to import regulation from suppliers would also have to be taken into account.

“These countries might argue that China’s timber legality requirements constitute a non-tariff barrier to trade and could institute proceedings before the World Trade Organization (WTO),” says the report. This challenge was faced by   EU legislators when the EUTR was developed. The solution lay in the fact that the EUTR covers trade in timber harvested within the EU as well as imported.”

Ultimately, the report argues, if China did impose import regulation, the wider consequences could be significant.

“Suppliers that operate in areas where the risk of illegal logging is high and/or are unable to provide evidence of the legality of their timber will have to develop the necessary standards, which will directly contribute to the ultimate goal of fighting the illegal logging,” says the report.

Development of timber legality legislation would also require close liaison with consumer countries, but this too could have beneficial wider consequences, resulting in “a common understanding on timber legality standards.”

For more on the report