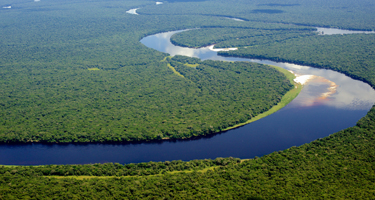 The promulgation of the Republic of the Congo’s (ROC) new Forest Code (Law 33-2020 July 8, 2020) marks a milestone for legal reform  that started  eight years ago.

The need for reform was partly prompted by negotiations for then entry into force of the country’s FLEGT VPA with the European Union (EU), requiring that all timber products, both exported and sold domestically, be produced legally. The new Forest Code also reflects prioritisation of themes such as climate change mitigation, environmental services payment, carbon ownership, biodiversity and wildlife protection, as well as active participation of local communities, indigenous peoples (LCIPs) and civil society in forest governance and management.

Some of the Code’s provisions align with the systems and requirements of the VPA, such as; (Art 130)  mandatory obtention of a legality certificate prior to operations in industrial forest concessions; (Art 62-68)  tracking and verification of legality of all timber products (including imported products and products in transit) through implementation of a computerised legality assurance system; and (Art 69) recognition of civil society-led Independent Forest Monitoring.

The Forest Code includes provisions to strengthen LCIPs’ rights over forest management and decision making. Arts 15-21 and 88 provide for  establishment of community forests – an innovation in the RoC. Free, Prior and Informed Consent is also now enshrined in the law and LCIPs and civil society representatives will serve on the commission tasked with assessing tenders for allocation of forest concessions (Art 134), and committees and commissions in charge of examining and adopting forest management plans (Art 85 and 86).

With regards to the timber sector, the two most impactful innovations will arguably be the production sharing scheme (Art 102; 104; 106-109), and the mandatory in-country processing of nearly all products prior to export (Art 97). Until now companies were required to process 85% of their logs. Heavy and hard timber species, “the machining of which requires specific technology”, are the only exception to the newly introduced ban on log exports.

Under the production sharing scheme,  terms of which remain to be specified, the annual log harvest of a concession will be split between the concession holder and the state. Companies under this system (to be  implemented within three years of the concession contract award) will be exempt from direct state taxes, while remaining subject to local taxes. The scheme is of particular concern to companies with a high processing capacity, as it could alter their in-house raw timber supply, impacting  competitiveness and efficiency.

An independent structure has also been proposed to manage a national forest certification system aligned with international standards (Art 70). Links between certification schemes and legality verification are envisaged and companies are expected to secure certification either for their concession management or  the legality of their production (Art 72).

The law introduces a new type of logging righ, the domestic harvest permit, which is subject to simplified management requirements and aims to ensure regular and sustainable supply of timber to the domestic market (Chapter 5). In contrast to the previous Forest Code, artisanal logging is now explicitly mentioned, underlining an ambition to formalise what has been a barely regulated, largely undocumented  sector.

While the types of Forest Code infractions have remained broadly unchanged, most penalties are stricter.  In particular, forgery or counterfeiting of any proof of legality is subject to fines fifty times higher than before.

Both NGOs and private sector representative bodies, such as ClientEarth and the ATIBT have welcomed the new Code, while  noting that further work to assess its implications and to ensure that, through its implementing documentation, it is geared up to deliver on its ambitions.

Meanwhile, after the successful demonstration late 2019 of two modules of the RoC’s computerised timber legality assurance system (TLAS), the Système Informatique de Vérification de la Légalité (SIVL), the roll-out of the tax module was initially expected to start by end of March 2020. However, this was delayed by COVID-19 measures. Subsequently the roll-out strategy was also amended to include e-learning to complement  field-based training sessions.

Two such sessions took place in July, one in Pointe-Noire and Dolisie in the south, the other in the    Ouesso in the north. These targeted both representatives of the departmental directorates of the forestry administration (DDEFs) and forest company representatives. The focus of this first round, given jointly by the Ministry of Forest Economy and Ministry of Finance and Budget, was general SIVL functionalities and the tax module in particular. A second session, focussed on legality-related functionalities, will take place later this year.

SIVL users will be supported by the Forest Legality and Traceability Unit (CLFT), which is also undertaking  a stocktaking exercise to assess the capacities in place to handle the system. Poor Internet connectivity,  lack of adequate equipment and continued prevalence of paper-based administration are among the challenges faced by business and DDEFs.

Initial measures to contain the COVID-19 pandemic in RoC were strengthened on 31 March 2020 as the country went into lockdown, with the entire population, except essential workers, confined to home . Domestic travel was banned and national borders closed. In mid-May, some measures started to be eased for Brazzaville and Pointe-Noire and lifted for the rest of the country. On 24 August, borders reopened and international passenger flights resumed.

While the impacts of the pandemic on the country’s timber exports and forest sector are yet to be assessed, a joint BVRio/ATIBT study looks at how best to support businesses and communities through the health crisis and recovery. This indicates that initial pandemic measures resulted in an average 70% reduction in the workforce of companies surveyed. There was a sharp divide between the north of the country, where business activity tended to continue, and the south, where most companies shut down altogether for a few weeks.

A total of 45% of respondents in the study thought the pandemic likely to pose a significant threat to the health of the sector, with disruption in global demand and supply chains.

According to CTWPDA figures, in April China’s imports of hardwood logs from the RoC were down 61% year-on-year.  EU imports of RoC sawnwood were 19% lower, although a downward trend had already been noted in the May 2020 IMM EU market report before lockdown measures were introduced in EU importing countries.