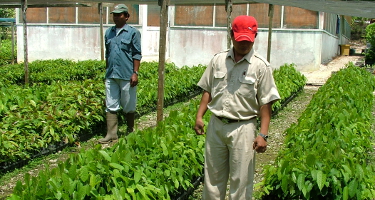 It may be little known outside Indonesia, but the country’s PHPL scheme is its largest sustainable forest management (SFM) programme and it stands behind and further underpins the sustainability credentials of a significant proportion of Indonesian FLEGT-licensed exports.

Auditor and IMM German correspondent Gunther Hentschel assessed the scheme in his presentation to the IMM London Trade Consultation. Widely unnoticed, he said, Indonesia has gone ‘a significant step beyond verifying legality under its FLEGT VPA and SVLK timber legality assurance system’ – and the PHPL has been a leading instrument in achieving this.

Launched in 1998 the PHPL, which stands for sustainable forestry management system, was made mandatory for commercial logging concessions, industrial timber plantations, state-owned community forests and private community forest in 2003.

The scheme also became an integral element of Indonesia’s SVLK timber legality assurance system and all commercial forest must now be audited under it, or the latter’s own forestry legality standard, with all subsequent supply chain participants SVLK audited, to be FLEGT-licensed.

Both the PHPL and the SVLK’s forest legality standard have sets of standards for different forest types and are subject to annual audit by an accredited independent certification body.

Currently 10.9 million ha of natural forest concessions, out of Indonesia’s total of 19.2 million ha, and 5.7 million ha of its 10.8 million ha of plantation forest, are covered by the PHPL. From this it is estimated that up to two thirds of FLEGT- licensed timber and wood products may currently be sourced from PHPL-certified forest. 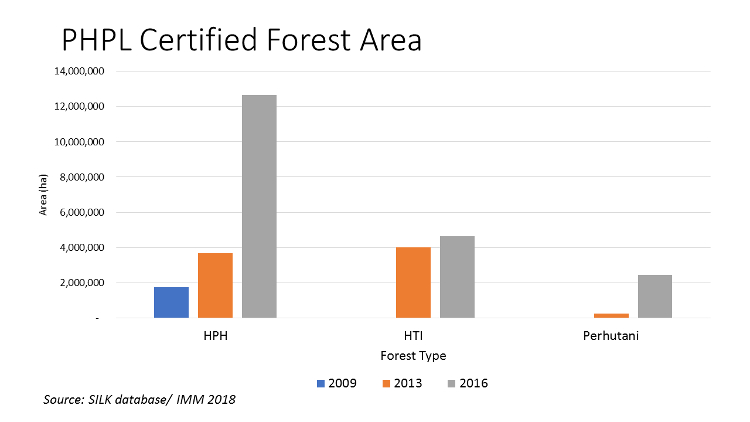 In addition, three other certification schemes are active in Indonesia. The FSC issued its first certificate in Indonesia in 2001 and now has 3m ha of natural forest concessions certified to its principles and criteria, with a further 2.8 million accredited under its controlled-wood scheme.

The LEI standard was launched under the auspices of the Ministry of Forestry in 1998, based on the ITTO criteria and indicators for SFM. Today the scheme covers 2.6 million ha of various forest types, the majority (1.6 million ha) forest plantation.

Finally, the Indonesian Forest Certification Cooperation scheme was set up in 2011. It was endorsed by the PEFC in 2014 and now covers 3.6 million ha of forest plantation.

Combined the various schemes encompass 76% of all Indonesian natural forest and, due to dual certification, 130% of plantation forest.

“In summary, more of Indonesia is covered by SFM certification than one would have thought,” said Mr Hentschel. 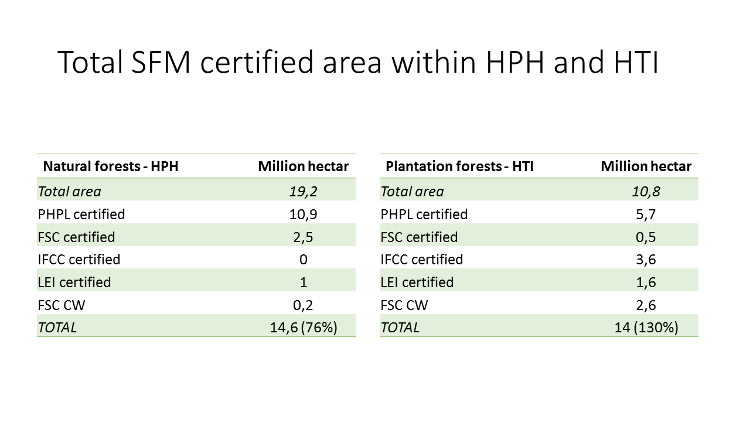 He added that all the schemes, voluntary and state-backed alike, also continue to increase their forest coverage and their growth does not appear to have been adversely affected by the start of FLEGT licensing.

Going forward, what may limit acceptance of PHPL certification as being on a level with PEFC or FSC, particularly by NGOs, is the issue of conversion forest.

“While the dates may be subject to review, the FSC currently has a cut off point for certifying plantations converted from natural forest of 1994, and PEFC 2010,” said Mr Hentschel. “PHPL, like the LEI, has no such time-related restriction.”

Given its current low profile, combined with general lack of recognition of SFM certificates other than those of the FSC and PEFC schemes, there is also a clear requirement for more communication and promotion of the PHPL scheme in the international market place, he added.

“And, in addition, there’s need for gap analysis between PHPL and FSC and PEFC schemes.” 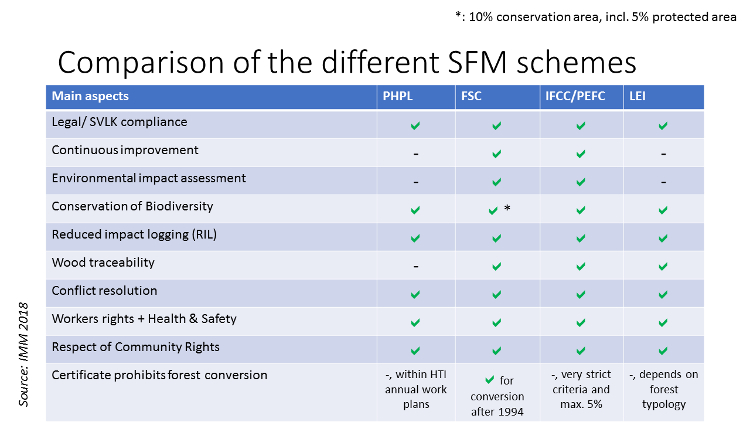 On the positive side for the PHPL scheme, Mr Hentschel maintained, it does seem to be strictly monitored and policed, with certificates suspended where standards have not been maintained.   And despite the above qualifications about it, he concluded, wider understanding and awareness of the level and extent of SFM in Indonesia overall could have the potential to prompt a reappraisal of the country’s forestry and timber sustainability profile, and of the sustainability credentials of its FLEGT licensing scheme. 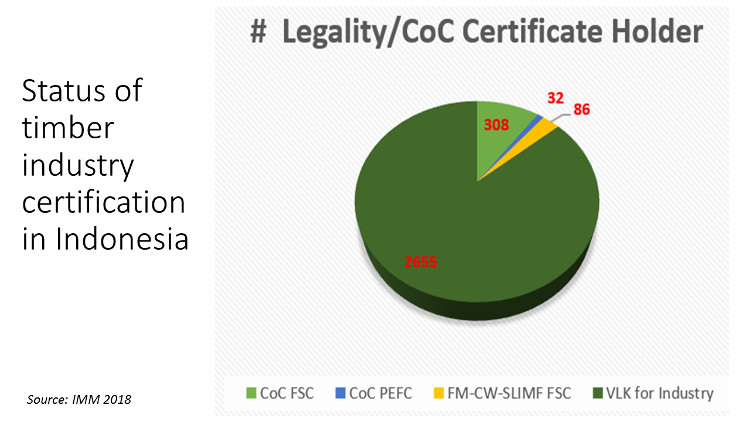