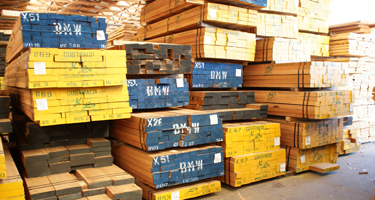 Implementation of a new Swiss timber regulation, equivalent to the EU Timber Regulation (EUTR) has been further delayed, and now looks unlikely to happen before 2022. Often referred to as the ‘Swiss EUTR’, the regulation has been in discussion for several years. Besides reinforcing Swiss efforts  to combat illegal timber imports, the objective, in imposing similar legality due diligence requirements on Swiss importers and traders as their EU counterparts, is to streamline bilateral trade. It also has potential, say  timber sector representatives, to simplify due diligence documentation for external suppliers exporting to both the EU and Switzerland.

The Swiss Environment, Spatial Planning and Energy Commission (UREK) approved a draft regulation from the National Council as an amendment to the country’s Environmental Act in 2019.  It also supported inclusion of a stipulation that traders inform consumers on type and origin of timber.

In association, UREK voted in favour of new rules  to block imports of other raw materials if their cultivation, mining or manufacture adversely impacted the environment or ‘significantly endangered sustainable use of natural resources’.

The regulation was subsequently passed by the Swiss parliament and implementing provisions were put out to consultation earlier this year, with a deadline of August for responses.  According to Michael Ruch, political advisor to UREK, it incorporates a ‘legal authorisation’ for the Federal Council to conclude an EU/Switzerland bilateral agreement to facilitate imports and exports.

However, said Mr Ruch, introduction of the new measure has now been further postponed.

“The industry needs more time to prepare for the changes,” he said.  “So it will not now come into force until the beginning of 2022.”

He added that negotiations with the EU on implementation of a directive for the EU/Switzerland bilateral agreement were  currently ‘still blocked’.