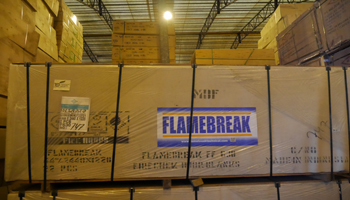 The UK and Indonesia have signed an agreement committing the former to continued recognition of FLEGT licences after Brexit. The UK Department for Environment (Defra) confirmed the arrangement on its twitter page on March 29.

The UK government committed to incorporating both the FLEGT and EU Timber Regulations in UK law after Brexit in 2018. However, Defra also advises online that in the event of a ‘no deal’ departure from the EU, while UK law for trading timber will have the same requirements as existing EU rules, timber businesses will have to follow different trading processes.

Operators will have to undertake due diligence on timber and wood product from inside as well as outside the EU and European Economic area, the only exception being timber with a FLEGT licence or Cites permit.

If exporting to an EU or EEA country, UK companies may also need to provide documentation verifying source and legality of the timber so that customers can meet EUTR due diligence requirements.