Certification has profited from introduction of EUTR

The IMM 2018 trade survey analysed whether there were any perceived direct impacts from the introduction of FLEGT-licensing and the EUTR on imports of timber certified by private certification and legality verification schemes. Figure 1 shows that, according to respondents, private schemes, especially FSC, have profited to some degree from the introduction of EUTR. Several respondents remarked that, since EUTR was introduced, they have tended to prefer certified timber from countries where the risk of illegal harvest is considered non-negligible and certification is used as the principle mechanism to mitigate this risk.

This effect was particularly pronounced in markets where (FSC) certification of tropical timber products had a relatively low level of market penetration before the EUTR entered into force: several traders in Germany, France and Italy, for example, reported “big increases” in FSC certified timber due to the introduction of EUTR, but none in the Netherlands or the UK. Small increases were noted in all countries. The lowest overall level of EUTR-related growth was reported by the Netherlands, where only two respondents reported “small increases” due to EUTR. 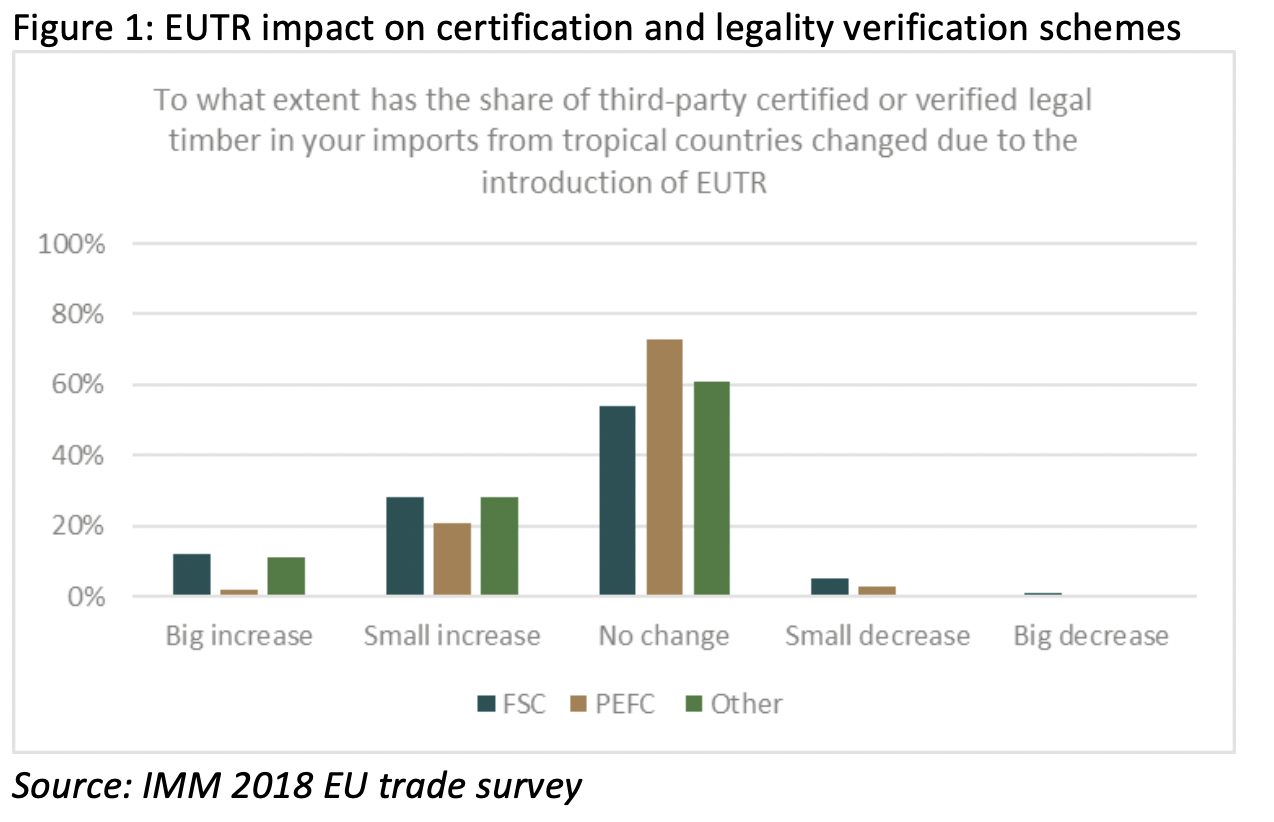 In addition to FSC and, where available PEFC, respondents said they had been increasingly looking to other private legality verification schemes managed for example by Rain Forest Alliance, Nepcon or Bureau Veritas, to ensure EUTR compliance.

When asked whether the market introduction of FLEGT-licensed timber from Indonesia had had any impact on their purchases of certified timber, an overwhelming majority of respondents said there had been “no change”. Only a small proportion of respondents noticed small (5%, FSC) or large (4% FSC, 5% PEFC, 3% other) decreases (Figure 2). 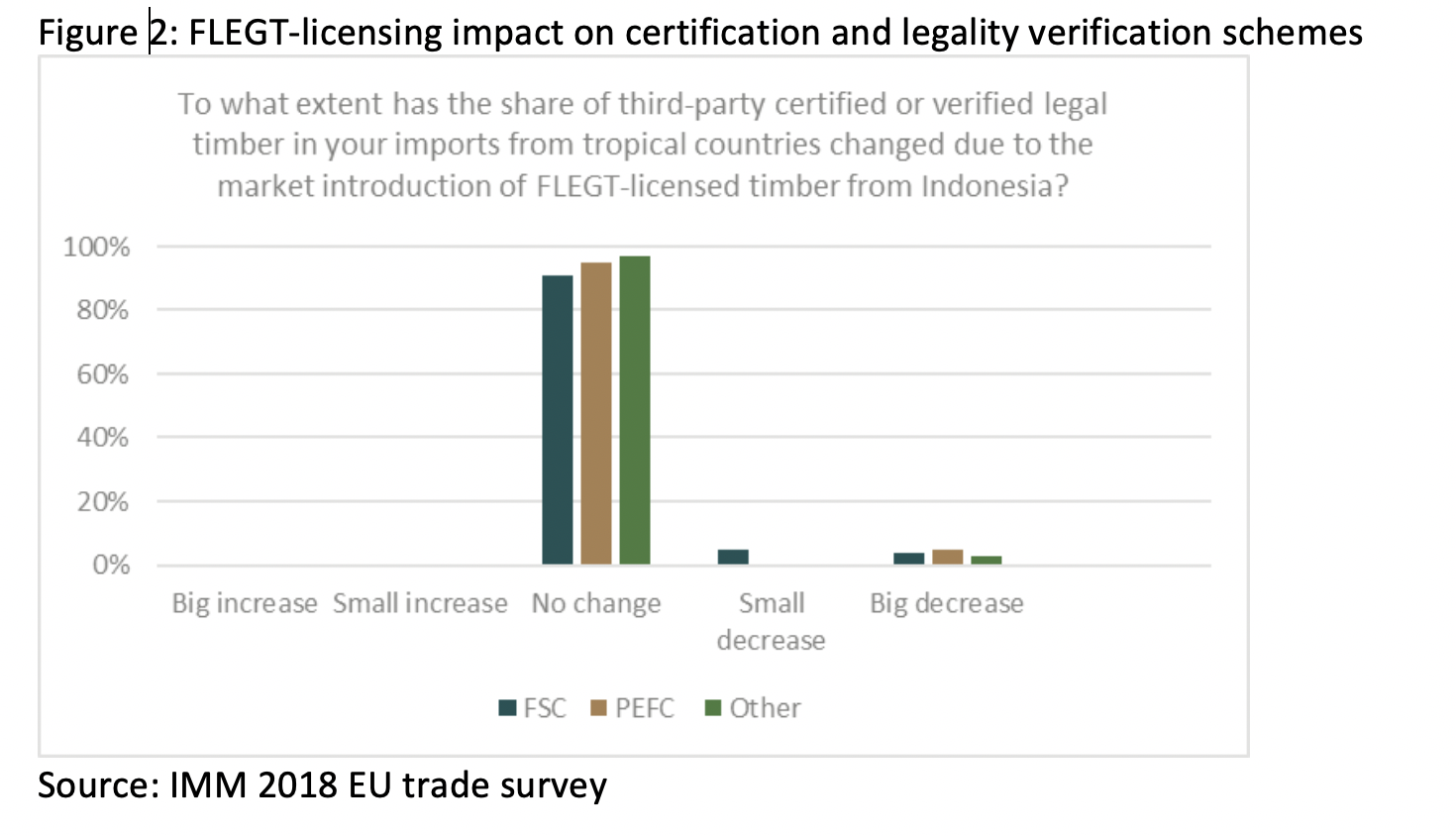 When trying to source additional certified timber, respondents to the IMM 2018 trade survey said they frequently face supply restrictions, especially for African timber products. The decision of several European companies to offload some of their African operations, including forest concessions during 2017 and 2018, implied to some respondents that the “old model” of European companies supplying certified hardwood to environmentally sensitive European markets may be breaking down in the face of failure to secure price premiums and intense competition for timber from markets operating to limited environmental constraints.