The IMM 2017 survey produced a baseline for EU trade perceptions of the Indonesian FLEGT-licensing system and day-to-day management of importing licensed timber. Repetition of the same questions in 2018 now allows for comparison over time.

Chart 1 shows that a much higher proportion of respondents found the administrative process of importing FLEGT-licensed timber easily understandable and manageable in 2018. This confirms expectations from 2017, that the process wouldn’t be considered a major challenge once importers got used to it. 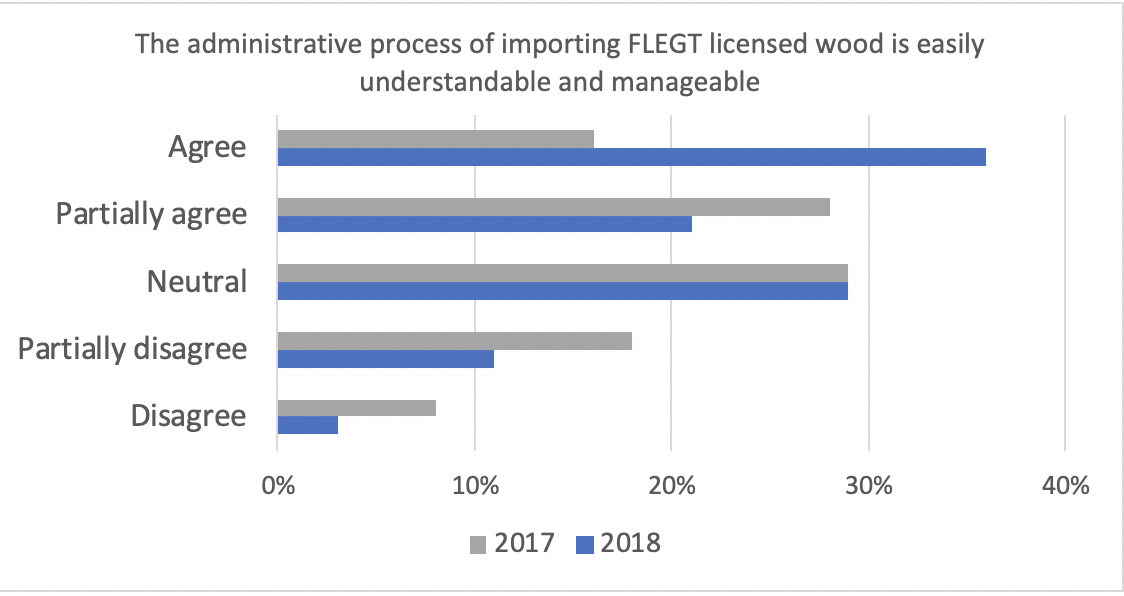 The question addressed in chart 2 confirms that EU imports now seem at ease with procedures of importing FLEGT-licensed timber. In 2018, practically all respondents said that FLEGT-licensing was making importing wood products from Indonesia easier compared to EUTR due diligence. In 2017, a significant number of respondents had still partially (12%) or fully (20%) disagreed with this statement.

Responses to the question whether companies would give preference to FLEGT-licensed timber from Indonesia over unlicensed timber from competing sources remain more mixed (chart 3). Respondents to the survey and also participants at IMM Trade Consultations remarked that FLEGT-licensing was a factor that could impact purchasing decision, but only where other product criteria were equal, a scenario considered unlikely to arise at least until FLEGT-licensed products are available in greater variety from a larger number of countries. 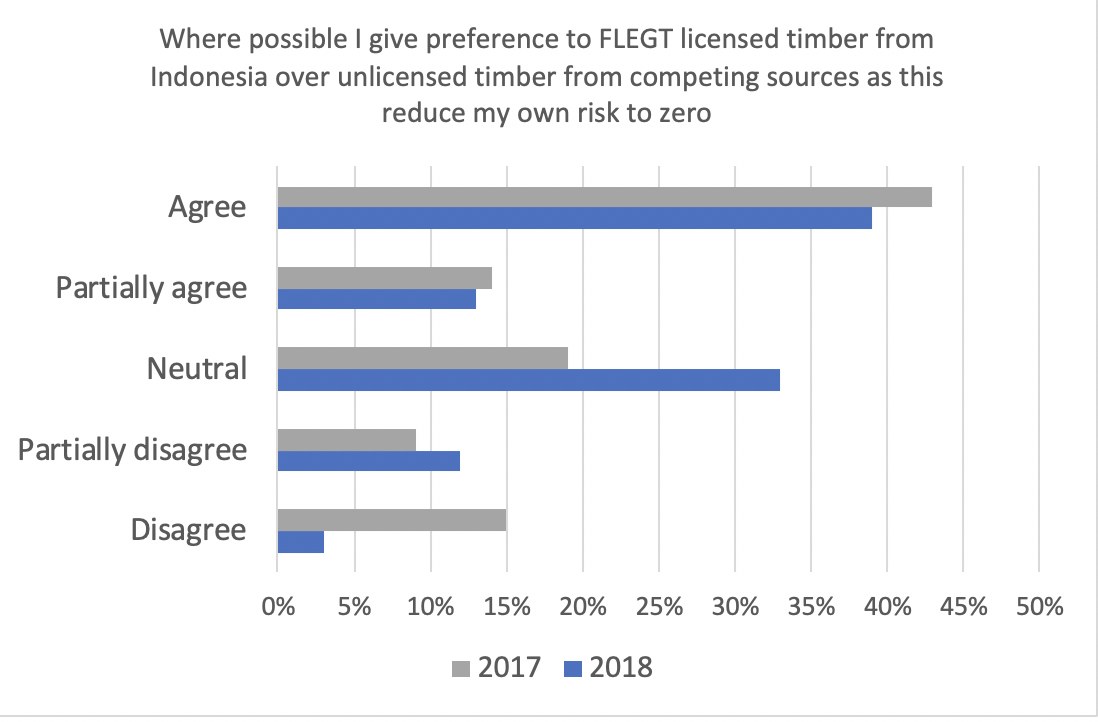 As a part of its Trade Consultations, IMM holds workshops on purchasing dynamics, decision making processes and where FLEGT-licensing sits within these processes. At all 2018 Trade Consultations, participants remarked that they would consider business and commercial considerations first and foremost. Top of the list, alongside price, was ensuring that the supplier can deliver the product in the time frame required and in consistent quality and specification.

Only once buyers are satisfied on all these points does the focus move more to chain of custody, sustainability certification, legality verification and capacity to provide EUTR due diligence information. As a result, FLEGT-licensing can be considered a factor that can positively impact purchasing decisions, but only if a number of other requirements are being met as well.