Indonesia is the only VPA Partner country where significant progress was made to expand the area of third party certified forest in the 6 year period between 2012 and 2018 (Figure 1). 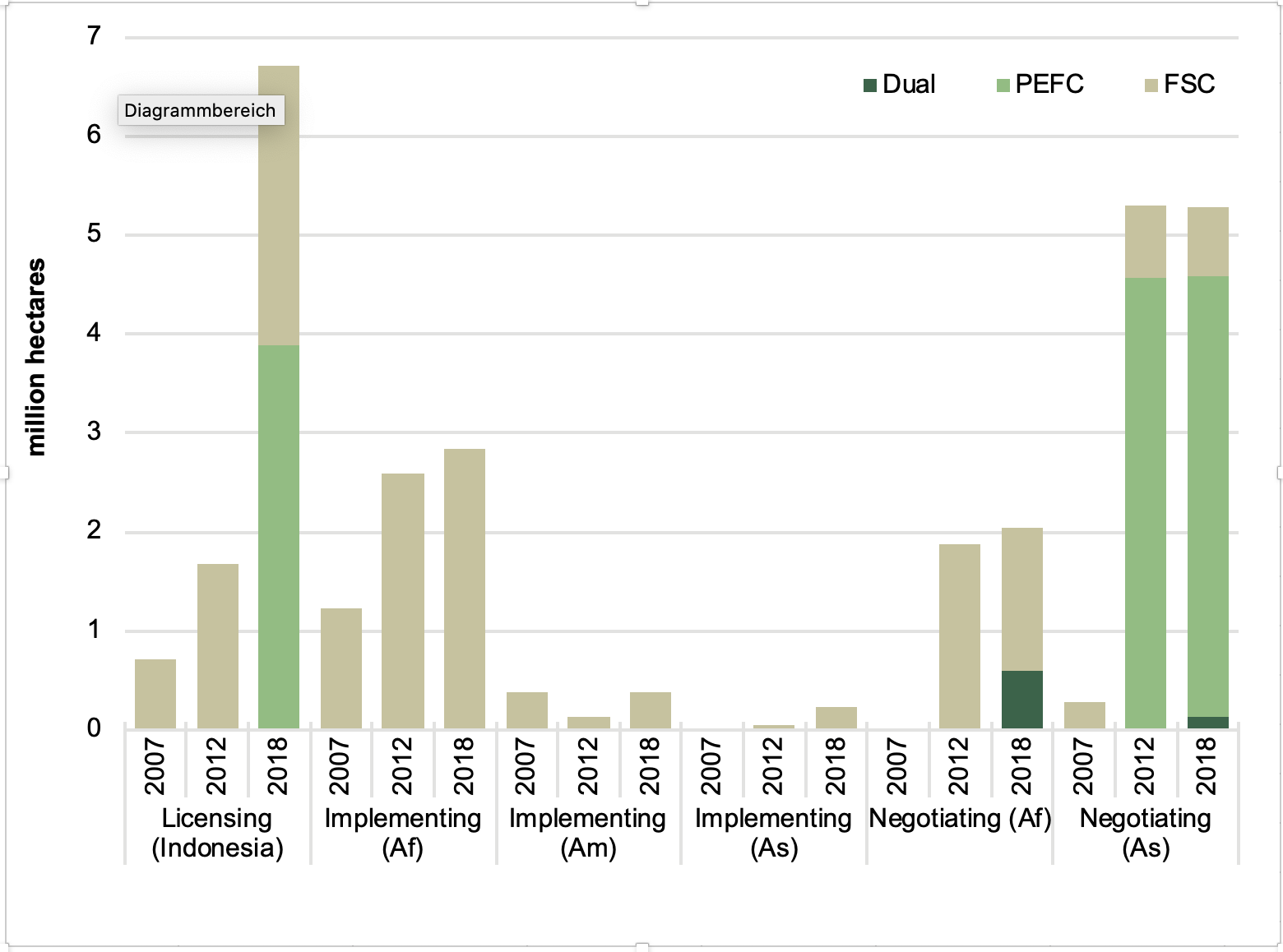 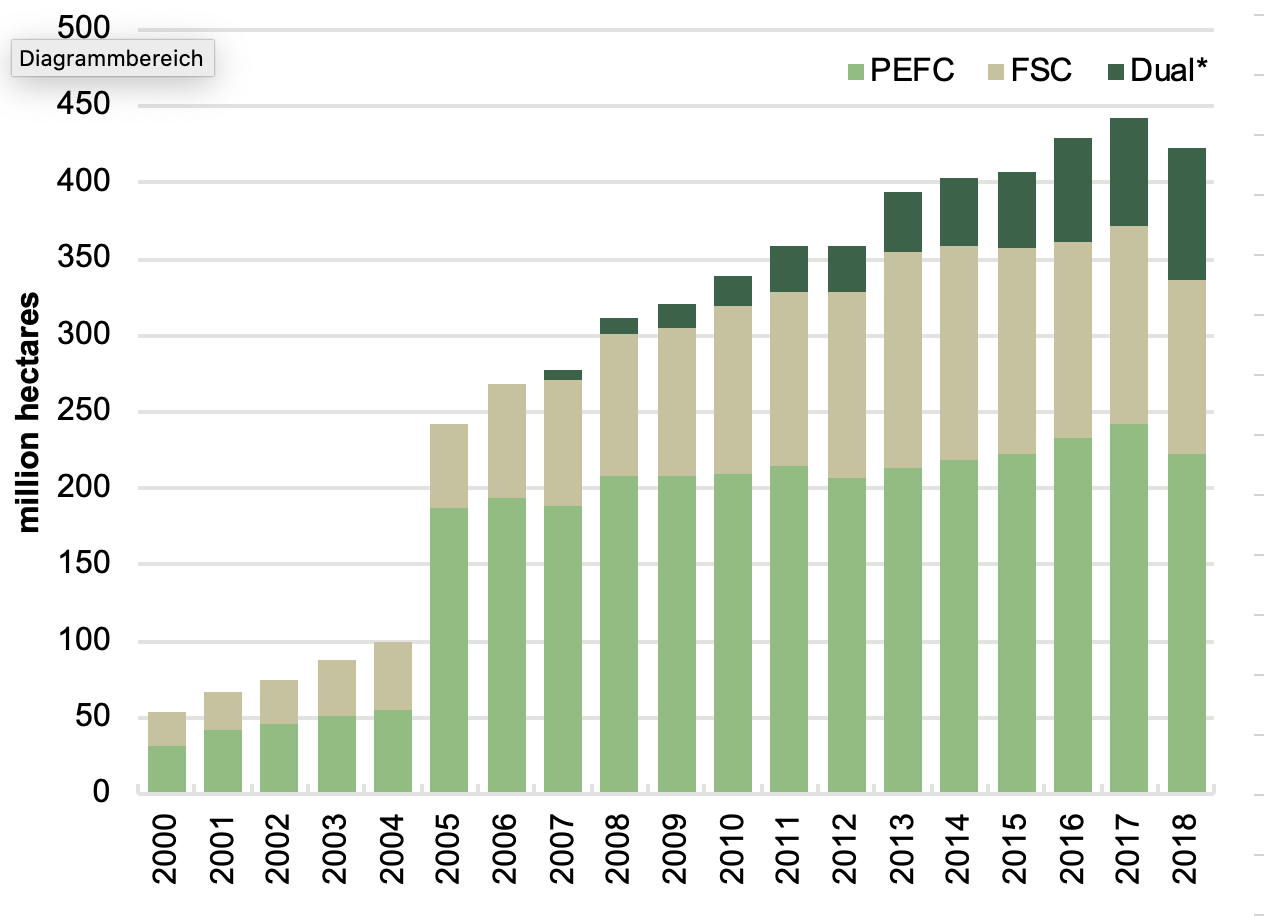 In 2018, the global area of certified forest recorded the first ever annual decline. Although FSC reported static certified forest area and PEFC only a 1% decline, when a significant rise in dual certification to both FSC and PEFC during the year is taken into account, the total area is estimated to have declined 4% to 423 million hectares in 2018. Although certified forest area continued to rise in Russia and Belarus, this was offset by a larger decline in certified area, with a particularly large fall in Australia during 2018. At the end of 2018, global certified forest accounted for 11% of global forest area, only a marginal increase from around 10% in 2012. 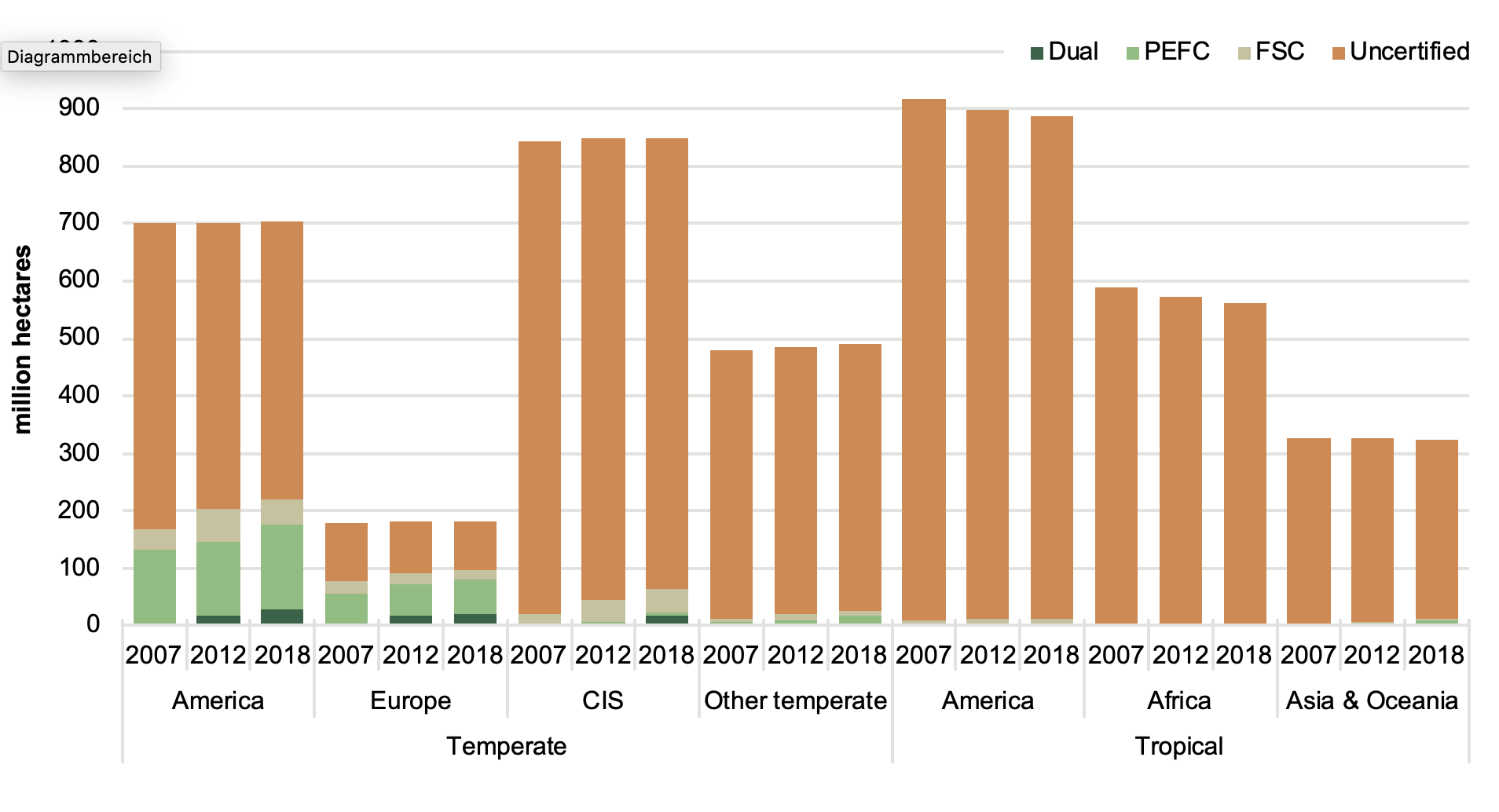 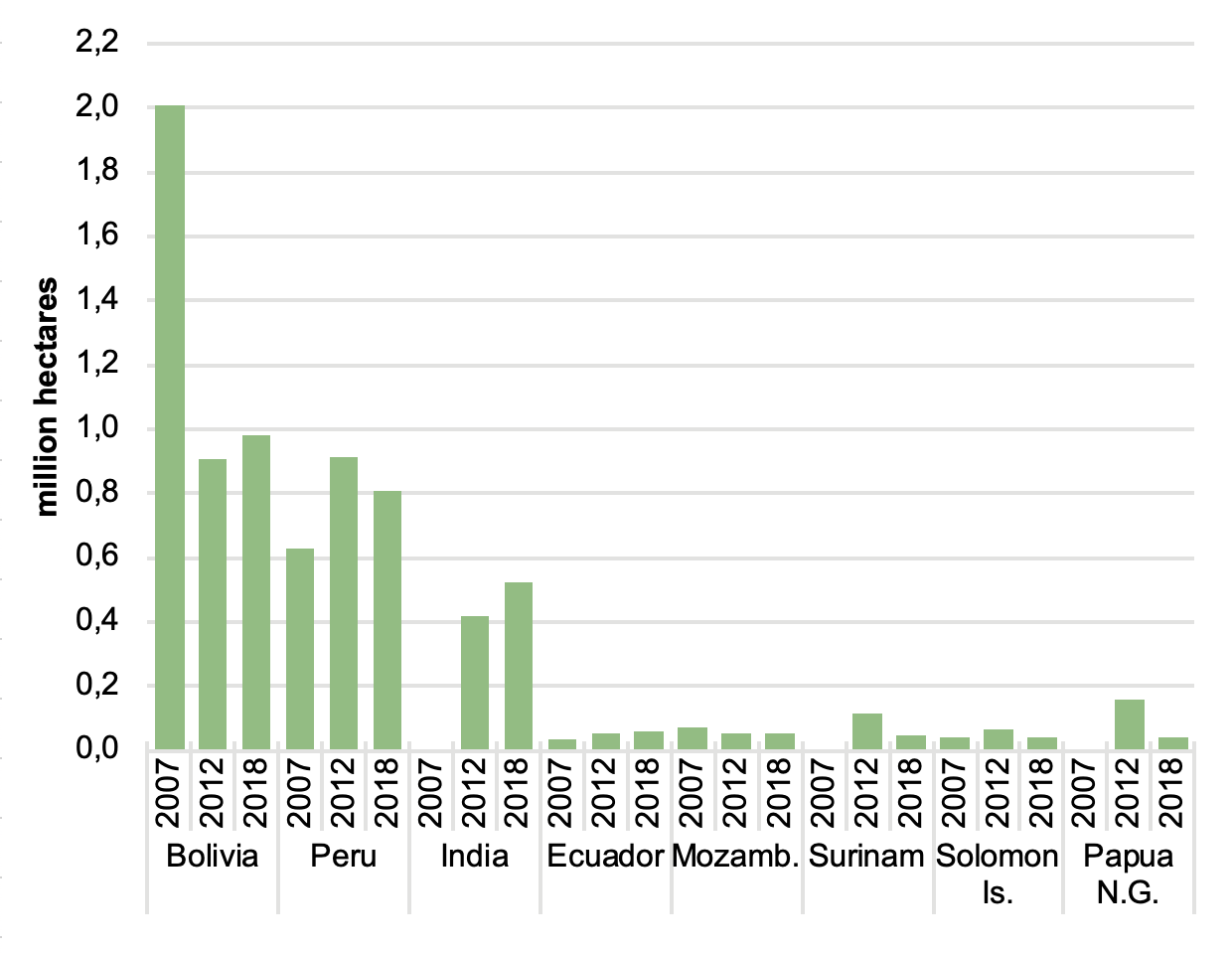 There are indications that certified area globally is becoming more concentrated in larger state and industry forest enterprises at the expense of smaller community and other non-industrial operators. At least half of all newly certified FSC and PEFC forest in the 2012 to 2018 period was in Russia and likely to comprise large state-owned and operated management units. Much of the rest was in Belarus, Ukraine, Sweden, Canada, and Norway where most forest production is concentrated in larger state and corporate management units.