The IMM 2017-2019 EU Trade Surveys recorded no significant changes in the overall level of awareness of the FLEGT VPA process (chart 1) among respondents over the last three years. The number of companies claiming to be “fully aware” of the process dropped by 17 percentage points in 2018, with some companies stating that they only realised that they had not fully understood the process after beginning to hear more about it. At the same time, the number of companies claiming to the be “totally unaware” of the process had risen as well. However, this was believed by IMM correspondents to have mainly been expressions of frustration with the duration of the process, which resurfaced in 2018, after initial euphoria over Indonesia achieving the Licensing stage in late 2016. In 2019, the number of “fully aware” companies increased again slightly, while the number of “totally unaware” companies fell.

Overall, IMM surveys still indicate a need for awareness raising, especially further down the supply chain in the EU and in important third countries that implement the EUTR and give green lane status to FLEGT-licensed timber. 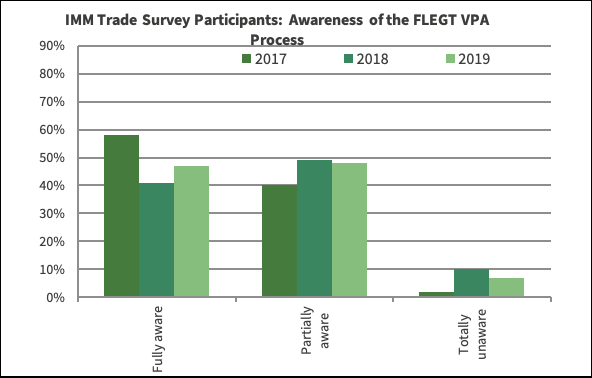 The 2019 IMM study of architects’ attitudes to tropical timber and FLEGT, for example, shows very limited awareness of FLEGT VPAs and FLEGT-licensing among this important group of market influencers. When asked to name an “EU process that aims to promote good forest governance in major timber supplying countries and guarantee the legality of all timber produced in those countries” almost 70% of respondents said they were not aware of such a process. 23% said they were aware of EU efforts to this effect, but had no particular knowledge of any specific process and only 9% were able to name the FLEGT VPA process  (chart 2). 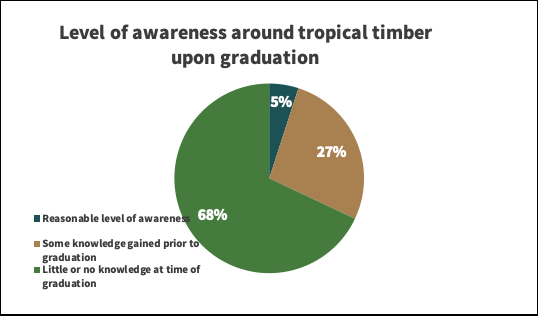 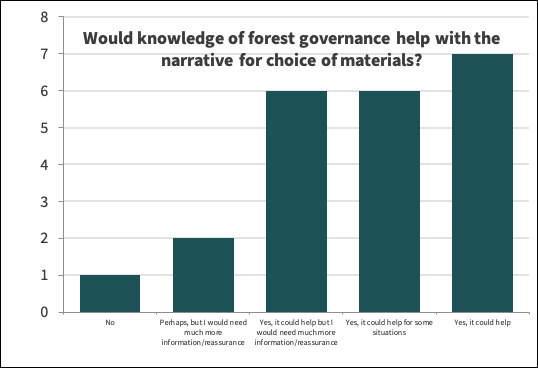