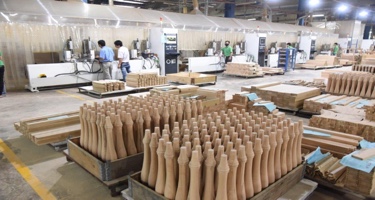 To grow and develop EU and UK demand for FLEGT-licensed furniture requires promotion in these markets of what a FLEGT Licence stands for and the business benefits in terms of assured legality and exemption from EUTR due diligence.  It also demands that more FLEGT VPA partner countries join Indonesia and get to FLEGT licensing stage to boost the EU’s choice of FLEGT-licensed products and supplier.

These are among  findings of a new report commissioned by the IMM; “Assessing the impacts of timber legality on the European Union’s wood-furniture sector and the associated VPA partner country timber trade”.  It concludes too that, to build furniture producer buy-in and trust, more needs to be done to demonstrate the commercial benefits of the FLEGT-licensing scheme for Indonesian manufacturers, with many currently seeing it as a ‘bureaucratic hurdle rather than a business opportunity’.

A follow up to a 2018 report, the new study is based on interviews with 34 buyer companies in Belgium, France, Germany, Italy  the Netherlands and UK. Fifteen trade furniture associations in Indonesia, India and Malaysia were also questioned, representing a total of 7,100 companies. Among  the aims of the analysis were to examine factors determining relative furniture sector competitiveness of VPA partner and other producer countries and to ‘provide commentary on the current and potential role of FLEGT licensing to improve market access in the EU and other regulated markets’. This includes looking at EU furniture importing sector experience with EUTR due diligence and the role of certification and other forms of third-party legality verification in the sector.

The international furniture business has taken a significant hit in the COVID-19 pandemic, states the report, but from 2016-19 EU+UK imports of wood furniture from VPA partner countries  rose from $1.2 billion to $1.4 billion. Viet Nam accounted for 54% of EU27+UK imports in 2019, with the other lead suppliers comprising Indonesia (26%), Malaysia (16%) and Thailand (4%).

India was also included in the analysis as it is a rising competitor to VPA country manufacturers. It now ranks fifth largest global producer, with its total exports tripling in value since 2010 .

In terms of proving negligible risk of illegality, China was rated as the greatest challenge, with Viet Nam third greatest of countries examined. But both China and Viet Nam were considered cost competitive and adept at developing new products. Indonesia was rated highly on providing proof of negligible risk of illegality. However interviewee comments included that ‘demand [for their products] has declined recently due to cost and greater limitations on design than in Viet Nam’.

On EUTR compliance, most European interviewees cited obtaining relevant documentation for due diligence as their biggest challenge. 25% said FLEGT licensing influenced their purchasing decisions and 11% that they were importing more from Indonesia since it started licensing.

Asked for their views on the FLEGT initiative, the Vietnamese viewed it as providing greatest business value, both in existing export markets and in developing new ones.

Indonesian associations, however, principally saw its value as maintaining sales in existing markets. They felt the EU lacked urgency in prioritizing FLEGT and consequently one respondent commented “it does not even increase the value of sales or expansion of new markets“.

Indonesian associations also felt there was inconsistency in EUTR enforcement between EU member states and some felt that providing documentation for compliance with EUTR due diligence systems was easier than becoming SVLK certified and exporting FLEGT-licensed products. The EU, they maintained, also has an obligation to promote licensed products to grow market acceptance.

The study concludes that EU and UK interviews revealed a ‘generally positive outlook towards FLEGT licensing, a reasonable to good level of understanding of it and that importers appreciate its value in assuring negligible risk’. However, some potential buyers remained ‘unaware of what it stands for and its business benefits’.

It also states that the ‘clear message’ from the European furniture sector was that FLEGT-licensed timber from a single country is insufficient to greatly increase its market momentum. “It reinforces the view that EU+UK  companies will not re-source to Indonesia purely due to availability of licensed [products]. Purchasing decisions are complex and, whilst easier compliance with the EUTR is a factor, it is not sufficiently important in its own right to drive a switch,” says the report.

It also maintains that the fact Indonesian furniture producers felt they were not benefiting commercially from FLEGT licensing and that it was insufficiently promoted in the EU+UK needed addressing.

“From the perspective of the furniture industry, a successful FLEGT-licensing scheme would involve multiple countries offering FLEGT-licensed products and strong awareness within EU at business-to-business level,”  it says.

For the full report will be published on the IMM website in January 2021.