IMM Trade Consultation Workshop 3: Can FLEGT be a game-changer in the SFM debate? 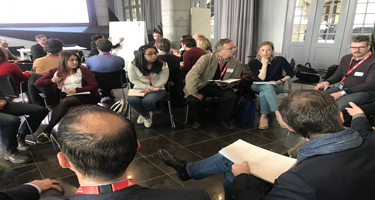 Key findings of presentations and subsequent discussion were:

Key recommendations of presentations and subsequent discussion were:

The session was opened by Jo Versteven of the Belgian Federal Institute for Sustainable Development. Mr Versteven explained that, according to Belgian federal government rules, timber needs to originate “from forests whose sustainable development has been certified by an independent body according to internationally recognized criteria”. Moreover, the forest certification system would have to guarantee traceability of timber through a chain-of-custody system.

Mr Versteven also mentioned that his research into references to sustainable wood in tender documents had found that where a system was specifically referenced it was practically always “FSC” and only very rarely “PEFC”. He had found no specific references to FLEGT-licensed timber.

In the subsequent discussion, Mr Versteven stressed that most procurers consider FSC/PEFC “to be more sustainable” than FLEGT and that some are not convinced of the latter’s wider benefits. A few years ago, the Belgian Federal department of Environment would have undertaken a study in which the criteria of the FSC-system where compared with the criteria of the PEFC system on a decided sustainability standard. Both third-party certification systems passed the test, although PEFC seemed to be weaker than FSC on sustainability. FLEGT was not tested in this study. The rationale behind this exclusion was that FLEGT was considered to be on legality and that FLEGT-licences had been considered to be intended for border control, not for verification in public procurement.

Mr Versteven also mentioned that the criteria for the use of labels in Belgian public procurement were stated the Belgian procurement Law, which is based on the EU Procurement Directive. That is why the use of FLEGT-licensed timber in public procurement would, at least in Belgium, not just be a matter of awareness-raising and communication but also a question of legal compliance. Moreover, proof of added-value in terms of sustainability from the system would be needed for acceptance in sustainable public procurement.  The call for more evidence of FLEGT VPA benefits and impacts on the ground was echoed by a number of participants.

Commenting on where FLEGT stands in relation to third-party sustainability certification, UK Timber Trade Federation (TTF) Managing Director David Hopkins said the TTF had recently commissioned the PEFC to prepare a study on how Ghana’s FLEGT VPA delivered on sustainability assurance compared to the Ghanaian PEFC-endorsed certification system. According to Mr Hopkins, PEFC performed slightly better overall, but FLEGT also scored well. The main thing it lacked was a chain of custody system, he said. 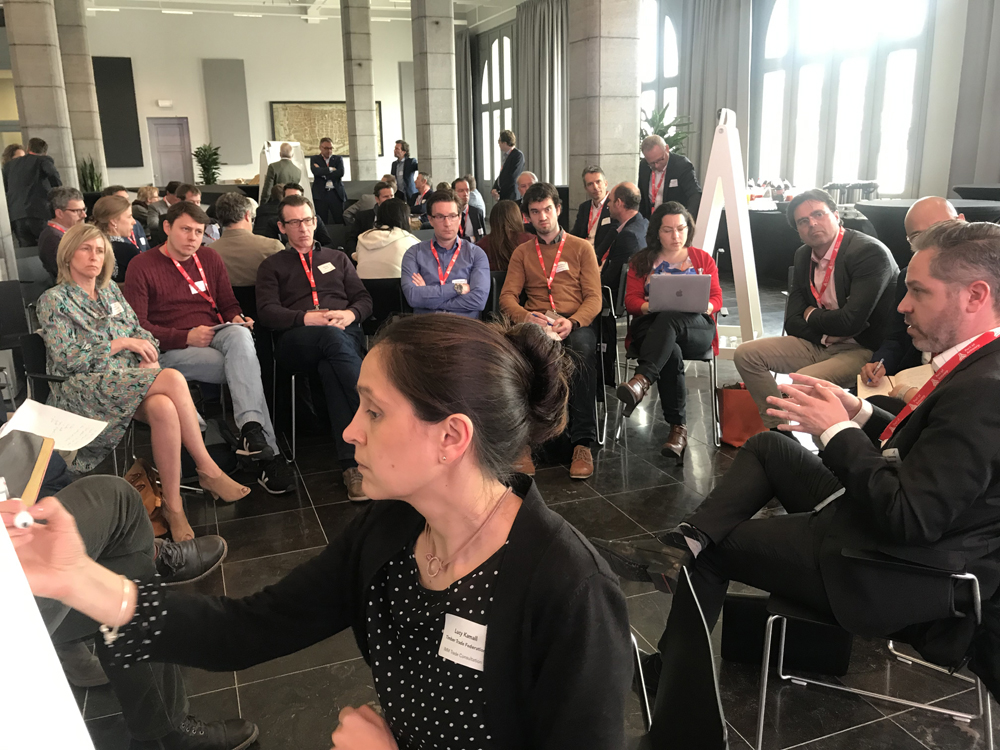 The draft report concludes that more needs to be done to increase understanding of FLEGT-licensing.

A fruitful strategy in encouraging inclusion of FLEGT in procurement policy, suggested Mr White, might also be to highlight its points of difference with certification, notably its operation in terms of forest and timber sector governance reform on a national as opposed to an individual concession or company level.

In his presentation, Peter Pieper, of Belgian plywood specialist Fepco, called for a uniform definition of “sustainability” in EU MS public procurement, in order to clarify the role of FLEGT licenses. He appealed to policy-makers at both MS and EU level to address what he described as a “very unfortunate situation” and pointed out that the FLEGT VPA process and related governance reforms still didn’t seem to be widely understood.

In practice, only FSC and PEFC certified timber would currently be specified in government procurement contracts. In his experience, this was even the case for EU-funded projects.

He also emphasized that Indonesian companies needed to see stronger commercial benefits to balance the significant efforts they had made in order to become SVLK certified and be able to issue FLEGT licenses.

Mr Pieper also pointed out that recognition of FLEGT-licenses as proof of sustainability in government procurement throughout the EU might provide an incentive for other countries in the FLEGT process to progress faster towards licensing. A number of participants agreed with this view and highlighted the importance of having a wider geographic spread and larger number of licensed products to grow market acceptance of FLEGT-licensed timber.

“The success of certification systems should be judged by certified forest area, not by the number of chain-of-custody certificates issued”, was a key message of the presentation by David Hopkins. And given that 8% of the world’s forests were certified in 2008 and only 10% in 2018, private third-party forest certification could be considered to have failed, judged on that basis. This would be especially true in tropical countries, where less than 6% – and falling – of timber harvested would be certified.

Mr Hopkins echoed Mr Pieper’s call for agreed sustainability criteria and definitions. He also pointed out that a continuing lack of awareness of FLEGT, including among government officials setting standards and specifying timber for public projects was a major barrier. However, he said he was not surprised as it took at least 10 years of campaigning by NGOs to get certification accepted, so it is only natural that FLEGT has some way to go.

He also highlighted the lack of a chain-of-custody system for FLEGT-licensed timber once it had entered the EU market. However, solutions based on the ISO Standard for CoC, for example, could be found in the short-term.

Mr Hopkins also saw the major current limitation of FLEGT in it being available from just one country and for a limited number of products. Additional challenges would be a “lack of visible presence and consumer-facing investment”. All other certification schemes operate as private companies and thus invest in marketing for their services.

He concluded that FLEGT could be a game-changer in the sustainable forest management debate, provided there is growth in the number of countries issuing FLEGT licences and the range of licensed products. He called on the timber industry to support the development and roll out of the FLEGT VPA process.