New insights into the market potential for FLEGT licenses 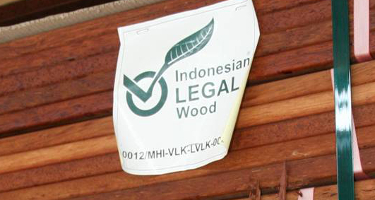 The IMM’s first FLEGT Trade Consultation held in London during March provided many new insights into the current and potential future market impact of the FLEGT process. As is typical at these events, some of the most revealing insights came during the less structured Q&A session and in the corridors between sessions.

To encourage a free flow of ideas, the IMM Consultation was held under the Chatham House Rule which states that while participants are free to use information received, neither the identity nor affiliation of the speaker can be revealed. However, all persons quoted in this article kindly agreed to exemption from the Rule in these comments.

The Consultation showed that Indonesia’s achievement to become the first country to supply FLEGT licensed timber had increased market interest in the process and led to questions about progress elsewhere. In the Q&A session, David Hartley of importers Ubangi Timber asked when other VPA-engaged countries might start FLEGT licensing. Clare Brogan, Ghana FLEGT VPA facilitator, said precise predictions were difficult given the scope of the VPA process and the fact countries did not want to go to market with systems that weren’t robust.

“But Ghana, which, among other VPA achievements, has established an electronic wood tracking system, is preparing to tender for consultants to carry out a final assessment of its FLEGT licensing system. In that regard, it’s on the final straight.”

Mark van Benthem of Dutch-based forest products and sustainability institute Probos raised as an issue the lack of a chain of custody (CoC) system to track FLEGT licensed products once in the EU and to transmit their value down the supply chain. While licenses may facilitate EUTR conformance by the importer, th lack of a CoC system for licensed timber within the EU will restrict their potential to provide assurances to distributors, retailers and procurement officials further down the chain.

UK Timber Trade Federation managing director David Hopkins said a FLEGT CoC system in the EU would be valuable, especially since FSC and PEFC had accustomed the trade to verification systems having one, and suggested a system following the ISO standard.

Asked if UK government actively advised contractors that FLEGT licensed timber was compliant with its timber procurement policy, a Department for Environment (Defra) official said: “not currently, but the information is on the Defra website and any effort by UK Government would have to be proportionate to volumes [of timber] involved”.

While the EU and EU trade had a role here, IMM trade analyst Rupert Oliver said VPA partner countries also had a responsibility. “Their private sectors have to take ownership and engage in selling the FLEGT process,” he said.

IMM Lead Consultant Sarah Storck replied that a FLEGT licence was about more than legality and had clear sustainability credentials and Mr Hopkins agreed. “There are a range of social, environmental and other criteria in the background. Perhaps communication should focus more on improving forest governance”

Kate Towler, Assistant Manager, Sustainability and Responsible Sourcing, John Lewis:  “I found the day insightful and it provided me with knowledge of the further capabilities of FLEGT beyond just legality and this will be something I will be looking into further with the possibility of positioning FLEGT within our internal timber sourcing policy.

“It would be great to hear more information on the status of FLEGT in the countries next in line and further sustainability stories beyond legality for each country which has adopted this scheme.”

Steve Moore, Consultant, British Furniture Manufacturers: “The event delivered a very well structured, highly informative insight into the FLEGT licensing journey, as pioneered by Indonesia, and the progress of the EU VPA initiative to assure legal and sustainable timber and timber-based product supplies to the European market.

“It also provided a very open platform for debate on the perceived effectiveness of FLEGT licensing/VPAs and their benefits to forest and timber-based industries and markets.

“Clearly there was insufficient time to look at some of the detail behind the FLEGT licence/VPA requirements and how they compare to forest certification schemes, such as the PEFC and FSC. This may be of interest at a future event.”

Andy Duffin, Operations Director, Lathams Ltd: “It was an informative day that enabled me to update my colleagues.

“But I tend to believe that the real issue behind tropical timber’s loss of EU volume market share is lack of promotion of products before schemes.  I tried to make the point that no one sells FLEGT. We need to sell balau, for instance, that is also FLEGT-licensed. “So the producing countries need to change emphasis. Yes environmental issues are key. But they are sidelined if no one wants to the buy the product.”

The next IMM Trade Consultation will be held in Nantes, France, on 31 May during the International Timber Trade Show, Carrefour du Bois.